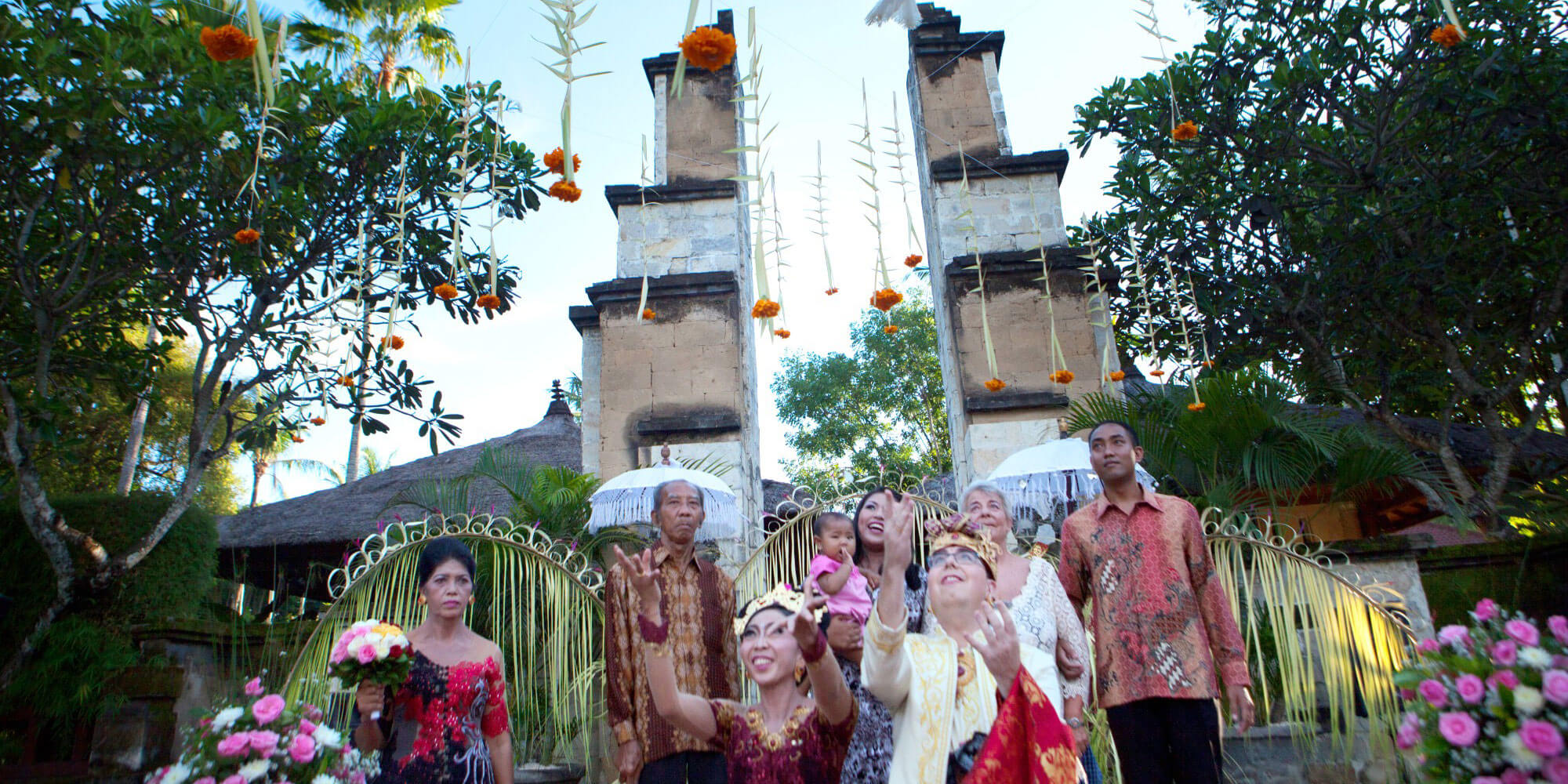 Can two different religions getting legal married in Indonesia?
The answer is NO.

In accordance with Law No. 1 of 1974 concerning marriages in Indonesia (Article 2 (1): “a marriage is legitimate if it has been performed according to the laws of the respective religious beliefs of the parties concerned.”

All couples who marry in Indonesia must declare a religion. Agnosticism and Atheism are not recognized. The Civil Registry Office can record marriages of persons of Islam, Hindu, Buddhist, Christian-Protestant and Christian-Catholic faiths. Marriage partners must have the same religion, otherwise one partner must make a written declaration of change of religion. Or other option taken is for couples to marry in an overseas country and then register the marriage under Indonesian law. Such marriages must be registered in Indonesia within one year of a couple’s return to the country.

What an amazing experience! Okkie & staff, you have managed to give us the best day of our life. We were totally relaxed seeing how the staff made it an truly unforgettable blessed day for us. Terima kasih from our hearts❤
Love, Ivanildo & Imke 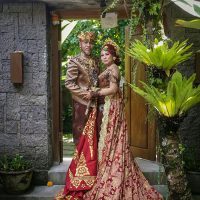 We would like to say thank you very much for your planning of our wedding on the beach in Jimbaran. We had an unforgettable day and the surroundings that were created with you as an organizer. When We sit and see pictures and think back then you had made our wedding day one day we will never forget.

We will definitely recommend you, the team incl. Photographer - Bali Wedding Honeymoon for anyone who wants to get married in Bali.

We are incredibly happy and grateful. 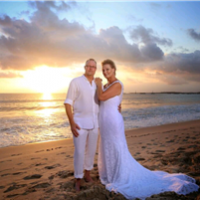 We got recommended to use Bali Wedding Honeymoon to arrange our wedding in Bali ❤️ And from start to finish it was all very professional. Quick answers on e-mail, good suggestion on venue and location, and a very fair price. We felt completely safe to let Dewi arrange it all! She is so Nice !!! Both of her and the minister all made our Day so special ❤️ We Got so many great pictures and the photografer was really professional and delivered the dvd within 2 days! We so much reccomend using Bali Wedding Honeymoon for your wedding you Will be in the Best Hands. Love Brian and Bianca, Denmark.

Now that I have had a few weeks to reflect back on the wedding all I can say is that it was truly magical, amazing and was everything I had envisioned (except the rain...but we couldn't control the weather).

You did a fabulous job organizing and making the day so memorable!

Special thanks for making my flower crown, everyone loved it on the pictures ☺️

The dinner was also delicious and beautifully set up for us.

We are hoping we will receive all the paperwork soon , so we can enjoy our "officially married" life!

Hi Okkie, you did an amazing job on our wedding and we are so grateful. We were hoping to see you after the wedding to thank you in person but unfortunately that did not happen.
We will promote your business on FB and your website and try to help as much as possible. Please, if you ever need anything, ask us. If we can we will help love to you and your family x

I want to say thank you for a great evening at the Intercon. Everything was very good organized. The most importtant with Okkie is that all the parts are well organized within the details and everythings fit into the event. We had everything and also the 2 cultures mixed well together.

We are currently in Rome, it is absolutely amazing over here. We haven't had a chance to watch the video or see any of the photos! Mum still has them, she is going to express pst them to me for when we get back to Darwin. Thank you again, the wedding was everything we wanted, and so much more!;)

Hello Dewi,
Thank you for your best effort for our intimate wedding in Jimbaran. It was great celebration and the dinner was delicious too.
Regards, Patricia & Mauro

Thank you Okkie, our daughter's wedding was beautifully arranged. Elise & Tylor couldn't have asked for a more perfect day, it surpassed their expectations as well as their guests. Thank you, Rob & Chris.

So thank you again for everything yesterday!! Everything was great, we enjoyed very very much and it was like we have dreamed of it!!! Now we have great memories to remember and show to our families back in Greece!!

The wedding ceremony had been so beautiful. So romantic! Sunshine, beach and flowers so nice. Wedding planner girl so friendly, photographer too. It was our perfect wedding, a dream wedding.
The dinner was very good with beautiful views on the beach.
Thank you very much for all.
Regards,
Desiree & Alvaro 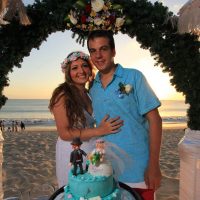